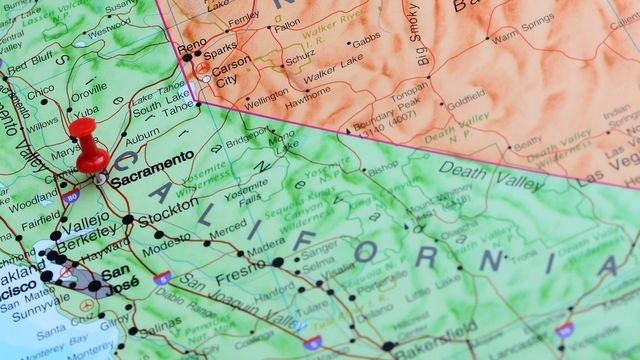 Golden State real estate has seen ups and downs in recent years, and based on this month's analysis of data on realtor.com®, it seems to be staging a comeback—but this time, the spotlight is on a different kind of metro.

California's job opportunities, great weather, and beautiful landscapes used to be enough of a lure for home seekers to balance out prices that were among the highest in the nation. California markets, including San Francisco and San Jose, two of the most expensive markets in the nation, routinely dominated half of realtor.com's monthly roundup of the hottest markets in real estate. This ranking shows the metro areas where homes move fastest off the market and listings get the most views on our site.

But even before the pandemic, consumers were starting to back away from those stratospheric prices—and when lockdowns and layoffs went into effect, people really began to reorder their priorities, focusing on more affordable markets where you could get more space for the money, and not be too far from a major city where you might find employment.

In February, we saw a resurgence by California markets, which took the top three spots in our monthly ranking, and eight of the top 20. But San Francisco and San Jose, the twin poles of Silicon Valley, were nowhere to be seen on the list. Instead, the top three spots are Vallejo, Yuba City, and Stockton—all up-and-coming markets within commuting distance (if one had to actually commute) of San Francisco or Sacramento, the state capital. And while median home prices in the mid-six figures may look high, they're a bargain compared with $1 million–plus in San Jose and San Francisco.

Of course, it's not all about California—11 other states are represented among the top 20 markets. Notably, Austin, TX, jumped 92 spots compared with its position for this month last year, in spite of the severe winter weather it experienced in February.